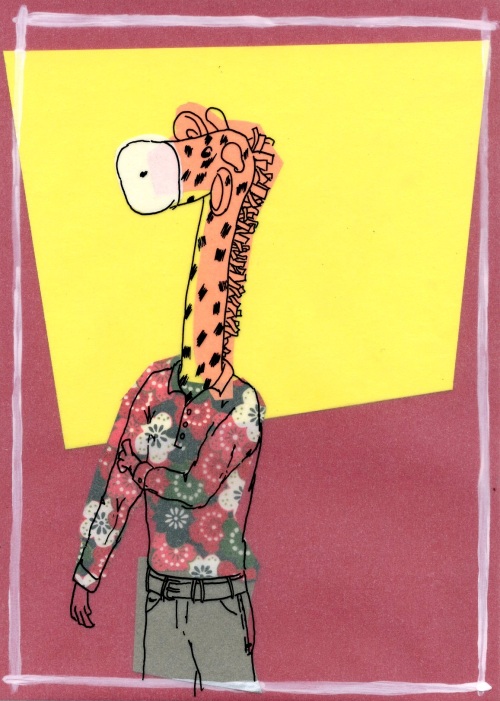 Silent. What else but a giraffe playing charades?  Someone once told me that giraffes are silent.  Mute.  I’ve since found out that this isn’t true, but it seems it’s a fairly widespread belief.  I used to enjoy visiting the giraffe house at my local zoo when i was a child, when they did seem silent brushing back and forth between their paddock and the warm, hay smelling hush of their inside quarters.

I figured if they are silent then I bet they’re demons at charades.  No temptation to speak, they’d be master mimes!   I have a toy giraffe who rejoices in the name of Godfrey and sits around on a shelf in my house so he started out as my muse.  there’s some sketchbook down the bottom of this.

Another thing that floated into my brain was “silent as the grave”.   I imagined the Count lying back in his coffin for a day’s rest, keeping the grave silent by using headphones while he rocks out. 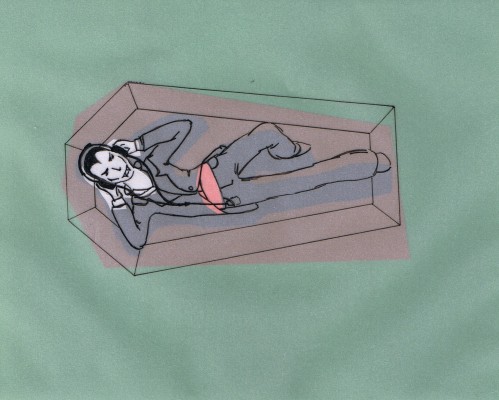 Both of these are ink line drawing with collage.  There’s things i’d change if they were going to be “finished” drawings, and there’s something decidedly unnerving about Godfrey getting his mime on. but they’ve raised a smile for me.  and how often do you get to say “i’m in a rush, sorry about the paper everywhere and there’s a vampire in the scanner” 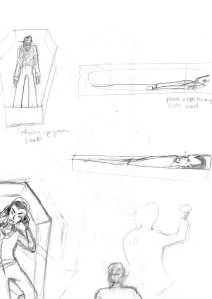