IF hitched the second

Here we witness the sad moment when Dick Whittington’s cat lost all respect for him as they tried to hitch back to London.  Maybe he resented being taken back and forth across country on the whim of his master hearing a bell talk to him!

this is a hand cut paper illustration for the Illustration Friday topic hitched and i’m cheating slightly as i happened to make two, here’s the first.

Sadly, there doesn’t seem to be any historical basis for the real Richard Whittington having a cat or of him hearing Bow Bells ringing out to him, and he certainly wasn’t a poor orphan. Sometimes real life doesn’t stand up too well to legend. 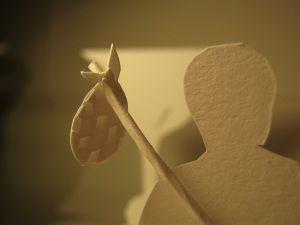 Poor bears, they’ve chosen the worst place to hitchhike from, they’ll never catch a 4000 mile lift from piccadilly circus.  At least they’re only paper – i suppose they could travel airmail.

This is for the Illustration Friday topic hitched.  There’s a detail or two below, and an alternative hitched here. 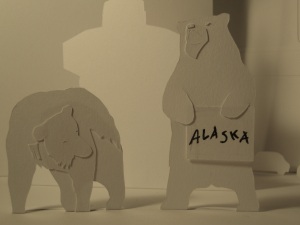 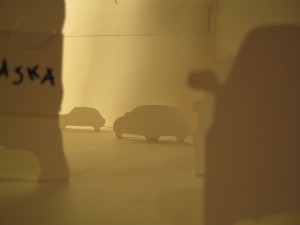 Before the “ink” of my digital camera was even dry, i’ve thought of things i would do differently on this.  I think if the piccadilly sights were miniaturised the whole thing could crowd together into a happier, more even, composition.  The contrast in size between the architecture peices and the small cars and characters means it’s ended up looking a little gappy.

As i was working on it I amended and redrew the composition a few times.  One of the changes I made was to cut the tourists I had originally planned to have standing about.  It was unnecessary “noise” and confused things too much.  Now i have a few homeles little paper people knocking around.  I’ll store them for another day. 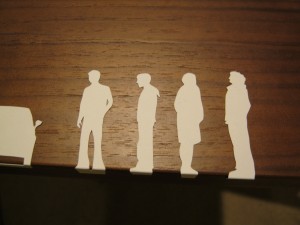